Humans generate a remarkable amount of garbage: over 2 billion tonnes per year, according to the World Bank, or approximately 4.5 trillion pounds annually. And that figure is going to grow. Global garbage is expected to reach 3.4 billion tonnes by 2050. Even if you could figure out where to put that much garbage, it’s […]

Even if you could figure out where to put that much garbage, it’s going to leak dangerous greenhouse gasses that contribute to climate change. Solid waste landfills are the third-largest source of methane emissions in the United States, according to the most recent data available from the Environmental Protection Agency. In 2019, landfills released 15% of methane emissions, which is equivalent to emissions from more than 21.6 million passenger cars driven for one year.

Recycling is no panacea. And furthermore, there’s a wide gap between what’s possible to be recycled and what actually is recycled. Dry recyclables such as plastic, paper and cardboard, metal and glass are equal to 38% of municipal waste, according to data in the World Bank’s What a Waste 2.0 report. Meanwhile, only 13.5% of those dry recyclables are actually recycled globally.

Technology companies are trying to tackle the garbage problem from multiple directions, improving recycling processes and creating new materials to make single-use products that are compostable.

The U.S. waste industry can use the help. Richer countries do a better job of recycling than poorer countries, but the United States isn’t near the top of the list, recycling 34.6% of its garbage. While poor countries on average only recycle 3.7% and many don’t recycle at all or don’t have data, some of the best rates are in Europe and especially among some of the smallest territories, such as The Faroe Islands, a self-governing archipelago which is part of the Kingdom of Denmark, which is No. 1 in the world, recycling 67% of its garbage.

“The basic principles of recycling are the collection, sorting, manual and or mechanical processing, and then delivery of the required quality of recycled materials to manufacturing industries,” Ross Bartley, the trade and environment director at the Brussels, Belgium-headquartered Bureau of International Recycling, told CNBC.

“Even in industrialized countries, manual sorting may be necessary and that can be complemented, and maybe replaced, by automated sorting systems using suitable technologies.”

Automated sorting happens with magnets, flotation, wind sifters (to separate light and heavy materials), and cameras, among other techniques, according to Bartley, and such equipment can be bought off the shelf and integrated into recycling plants.

But key questions include how much the separation equipment costs, the all-in running costs per tonne of processed materials, and what is the added value to each of the separated streams of materials. In other words: “When is it profitable?” Bartley said.

Matanya Horowitz, the founder and CEO of AMP Robotics, which ranked No. 25 on this year’s CNBC Disruptor 50 list, got his big recycling idea after visiting a materials recovery facility (MRF) — the destination for residential and commercial recyclables — and learned not only how demanding work conditions are, but how inefficient the process can be.

Horowitz was looking for applications of robotics technology that could be improved. He got his doctorate at California Institute of Technology and when he was there, he worked on several Defense Advanced Research Projects Agency (DARPA) challenges. “That helped me understand what was working well in robotics and what remained a challenge,” he told CNBC.

It was clear to Horowitz that computer vision could improve the work of sorting garbage for recycling. In July 2014, Horowitz launched AMP Robotics and has raised $77.8 million and has almost 130 employees. In April 2020, AMP Robotics announced it had processed more than one billion recyclable objects in a year.

A primary challenge for AMP Robotics is that sorting garbage is endlessly complex. “Recycling is a tough business to be in,” Horowitz says. “You can’t control the materials you’re processing, and there are all kinds of odd contaminants that people put in their recycling bins. The result is that you have to build exceptionally tough and high-performance pieces of equipment.” 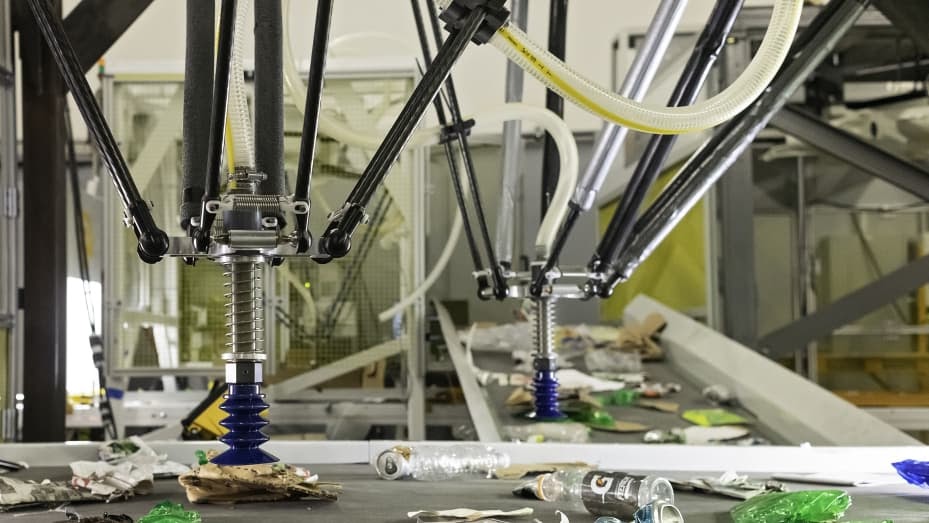 He’s aware of the historic insufficiencies of recycling. “These materials (plastics, metals, paper) all have true value. The problem is that the cost of sorting erodes away that value,” Horowitz says. “If you reduce the cost of sorting, the margin you can extract on all those materials increases and you naturally find an incentive to capture that material. That’s precisely what our technology does, and how we go about our mission of enabling a world without waste.”

Horowitz is optimistic. “A quote I’ve always liked is, ‘Any sufficiently advanced technology is indistinguishable from magic,’” he said.

Consumer brands can help increase the success of the recycling supply chain, too, according to Steve Alexander, the president and CEO of the Association of Plastic Recyclers, by designing packaging that can be recycled.
A label on a soda bottle that has a lot of adhesive or ink may not be consistent with other recyclable designs in the soda bottle category, and might in fact contaminate that stream.

“Even though it’s been separated as a soda bottle, or water bottle, it still could contaminate,” Alexander tells CNBC. “It all comes down to design. The first thing we have to do is ensure the products we buy are compatible with recycling.”

Brands are being pushed to be better and more transparent about their package recyclability by consumer demand. “It’s on the goodwill right now of the consumer brand company,” Alexander says, but there’s interest in governmental regulation mandating consumer brand package design.

Troy Swope, the CEO of Footprint, a technology company focused on eliminating single-use plastics through development and manufacturing of compostable containers, says to focus on improving recycling for plastics is chasing the wrong solution.

“Just to be real clear: Recycling is a joke when it comes to plastic,” Swope said. “It’s one of the biggest lies we’ve ever been told.”
Swope pointed to CarbonLite Holdings, a large plastic bottle recycler that filed for bankruptcy protection in March. “Without value, no matter what we do to infrastructure… if nobody wants it at the end, nature can’t digest it, it doesn’t mean anything. It has no value,” he said.

Just to be real clear: Recycling is a joke when it comes to plastic.

Arizona-headquartered Footprint, which ranked No. 45 on this year’s CNBC Disruptor 50 list, is focused on making compostable single-use products from cellulose, plant-based materials, such as a recycled cardboard box, wood fibers and agricultural waste. The goal is for all products to be biodegradable or compostable in 90 days or less.

“Next year, we will sell billions of units,” Swope said.

Footprint has three factories currently, one in Arizona, another in South Carolina and a third in Mexico. It is in the process of building a research center in the Netherlands and a manufacturing facility in Poland.

“I think recycling, and I say this as a recycling company, is not the answer to garbage,” said Tom Szaky, CEO of recycling company Terracycle and zero-waste packaging company Loop, in a recent CNBC Evolve livestream event. “It’s an answer to the symptom of garbage, maybe the best way to manage waste, but I think we have to go much deeper and enable an economy where garbage doesn’t exist.”

Indeed, that’s a plug for Szaky’s company, Loop, which has consumer brands partners collaborate to make “reusability, ideally, as disposable.”

But it also gets at a nuance of the garbage problem which David Allaway, a senior policy analyst at the Oregon Department of Environmental Quality Materials Management Program in Portland, Oregon, covered in a report questioning the environmental impact of recycling.

“In this country, most of the impacts of consumer goods and single-use items and packaging – whether it be in toxics, climate change, water depletion, habitat disruption, or other impacts – is not a result of disposal. Rather, it is a consequence of supply chains, manufacturing and production,” Allaway tells CNBC.

That is not to say that recyclability and composability are necessarily unhelpful.

Items with these popular attributes could be less impactful, and some of them are less impactful, but recyclability and composability are inconsistent predictors of environmental goodness, according to his work, which summarized roughly 17 years of international research on the topic.

For example, elemental mercury is very recyclable but a bad neurotoxin, and whale blubber is compostable but still not a raw material that is desirable.
“Simply knowing that an item is ‘recyclable’ or ‘compostable’ tells us surprisingly little about the actual impacts on human health and the environment, or the trade-offs between different materials,” Allaway said.

There also are downstream effects of waste decomposition.

“Biodegradable is a great solution in countries that lack solid waste management infrastructure, but in this country, where most of our non-recovered waste goes to landfill, biodegradable means that the material will decompose and produce methane, which is a powerful greenhouse gas,” Allaway said.

He cautions that promoting these popular attributes such as “recyclable” and “compostable” is a common marketing strategy that plays to popular wisdom, “which is always popular, but not always wise.”

What’s most important, in his view, is that producers quantify the total environmental impact of a good with a life cycle assessment. Otherwise, Allaway says, society has no way of knowing whether any of these efforts are steering us in the direction of actual sustainability, or just “feel-good” shifts in pollution involving visible, obvious forms, such as plastic in the oceans. 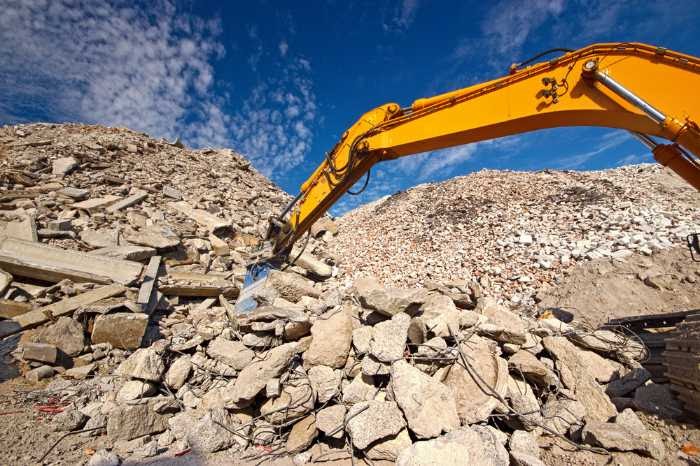 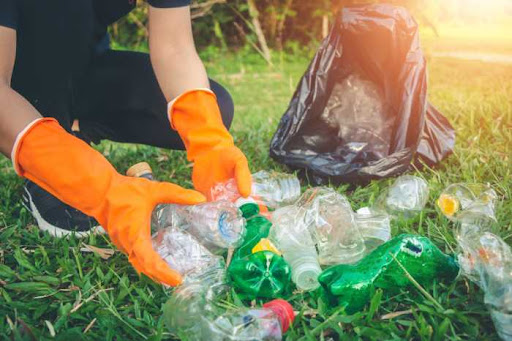 Humans generate a remarkable amount of garbage: over 2 billion tonnes per year, according to the World Bank, or approximately 4.5 trillion pounds annually. And that figure is going to grow. Global garbage is expected to reach 3.4 billion tonnes by 2050. Even if you could figure out where to put that much garbage, it’s […] 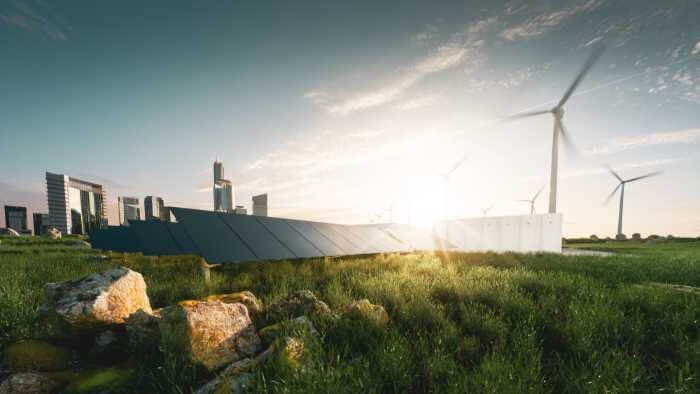 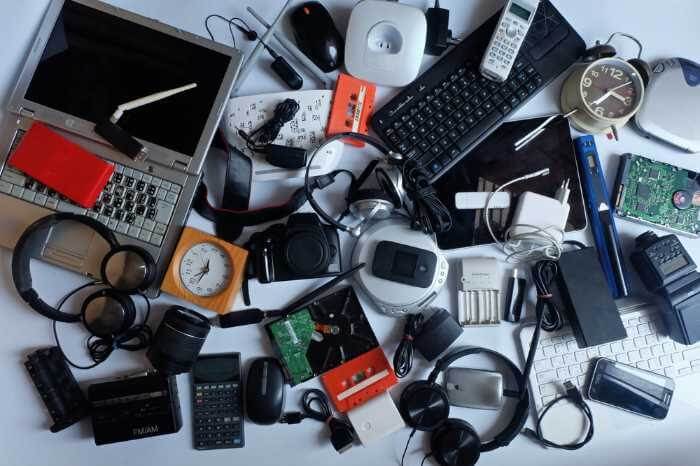